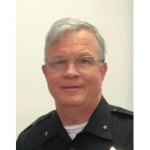 The city of Oglesby is making Doug Hayse the permanent police chief. He’s been serving as the interim chief for $6,000 per month without benefits since April.

Hayse was to serve in that position until the city found someone to take the job as a permanent appointment. During that time, he earned the support of the police force. At this week’s City Council meeting, he was named to the police chief’s post with an $82,000 per year salary plus benefits including insurance and retirement.