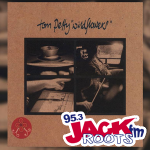 Wildflowers is an album that continues to open up new petals and revelations 26 years after it was released.  And the great thing about it, even WITHOUT the extra 40 plus tracks of new songs, home recordings and live performances, the album STILL can reveal new things to you.  In a career of many highs, Wildflowers is his magnum opus.

We spend most of the episode talking about just how good the original Wildflowers is which is still intact to start the deluxe reissues with tracks 1-15.  But then All the Rest takes over, and there’s a TON of good stuff to sink your teeth in to.  From his original home-recordings, to the 10 other songs he was planning on adding to the mix to make up a double album (which was his original plan for Wildflowers), to a smokin’ live disc showing just how incredible the band was live.  There is an additional disc/LP  available in the biggest package of the box set that you can ONLY get as a physical copy called Finding Wildflowers.  It has alternate takes of some of the songs that shows the different iterations they went through along the way.  Unfortunately, we weren’t able to review that portion.  If you have a big Petty fan in your life and they collect vinyl, this is the Christmas Gift for them!

Petty’s home recording version of ‘Wildflowers’ filmed in a field on his property.

Pretty much every performance of ‘It’s Good to be King’ is amazing.  Mike Campbell particularly gets to shine and shows why he’s one of the more under-appreciated guitarists in Rock.

I remember watching this promo video for his ‘Dogs with Wings’ tour on TV back in the day.   And because the internet can be a wonderful thing, I actually found a bootleg of the show that I went to in March of that year at the United Center.  I had 7th row, and who went with me?  My Mom!  She had a great time too.

And if you haven’t seen the phenomenal 4 hour documentary, Runnin’ Down a Dream, it’s free to watch in HD on Amazon Prime!