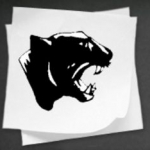 Some school administrators are talking about the possibility that there won’t be sports this school year. Marseilles Elementary Principal Jeff Owens says grade school sports seasons are currently scheduled to start in January or later.

Boys basketball is planned for January 4th and girls volleyball on the 11th. He thinks the pre-season basketball games aren’t likely to happen.

If wrestling starts in April as planned, regionals would be on Memorial Day weekend. Owens says there’s a serious risk now that some sports will have to be cancelled instead of delayed because schools won’t have room for all of them at once.