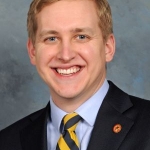 Four people were indicted this week on charges of trying to influence Madigan with favors.