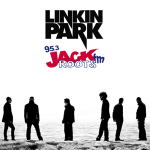 We close out Roots for the year with the biggest rock band of the 2000s (and it’s not even close), Linkin Park.  LP shot onto the scene in 2000/01 with Hybrid Theory and saw immediate success with over 12 million copies sold here in the states alone.  But if all you know of all Linkin Park is the hybrid rap/rock (nu metal) from their first few records, you’re missing out on the big picture.  Starting with Minutes to Midnight, they started to expand their sound and transition into their era’s U2.  We talk quite a bit about that album and change.  BONUS CONTENT is marked at 8:35 with the WCMY logo, where we go a little deeper on the last few albums of the band, including 2017’s Maroon 5ish sounding ‘One More Light.’  The band is currently working on new music for the first time after the passing of Chester Bennington.

Next Week Roots: Classic Album, The Allman Brothers Live at the Fillmore East!