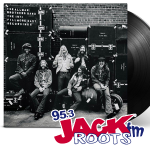 We start 2021 with a look back at what many consider to be the greatest live album ever released, The Allman Bros. Live at the Filmore East.  Really, this roots is almost like 2 albums, because we reviewed the deluxe edition of the album that includes tracks from that 3 night stint at the Filmore that were originally released on Eat a Peach.  What else can be said about Duane Allman?  He can single-handedly be credited with the start of Southern Rock.  But Robb and I try to find some more words to say about him….including a discussion about him and Hendrix and which one was better.  Plus some great bonus content on if a band like the Allman Brothers could first come out today and be a success.  Bonus Content starts at 8:43 (see the mini WCMY logo below)

Here are two performances captured at a previous show of theirs at the Filmore about 6 months before the legendary shows that were captured on the Filmore East release.