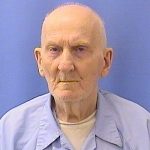 Over the next four months, lawyers on each side will file arguments for and against having a new examination of evidence. The defense wants to clear the 81-year old Weger of the murder he was convicted of and of the two that never went to trial.

Weger has been out of prison on parole since last year. The murders were in 1960.