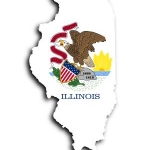 All of this area’s state lawmakers voted against a police reform bill that has passed the General Assembly. In the House, Lance Yednock, Tom Demmer, and David Welter voted against it. And in the Senate, so did Sue Rezin and Brian Stewart.

Many police departments and agencies across the state say the bill will make it harder to keep dangerous people in jail before they’re convicted and will cripple police investigations. The bill’s supporters say the point is to change the way policing is done so it’s more fair to people who haven’t done anything wrong.