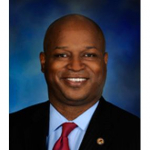 Now former Illinois House Speaker Michael Madigan says it’s been the “honor of a lifetime to help bring people of different experiences and backgrounds together to serve our state”. He says it’s his sincere hope that the caucus he leaves to Rep. Chris Welch is stronger now than when he began. The Illinois Republican Party issued a statement saying Democrats have gone from Madigan, the most corrupt Speaker in the land, to Madigan’s top lieutenant. The Republican Party statement says Welch was Madigan’s “human shield” in legislative hearings into attempts to bribe Madigan. The hearings ended after hearing one witness and with no recommendations.