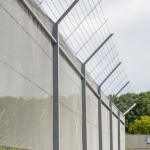 If Gov. Pritzker signs the police reform legislation sent to him a few days ago, local police agencies will have to acquire body cameras and train officers to use them. That’ll provide another perspective on what has happened when police are accused of wrongdoing during violent encounters.

It’ll also cost local governments more money, because the bill doesn’t provide state funding for the cameras. LaSalle County State’s Attorney Todd Martin told the County Board about it. He says all that data has to be stored. That’s another cost.

Martin says it’ll probably also cost more to have the public defender’s office involved earlier on in some criminal cases.

The reforms are meant to protect innocent people from a justice system that doesn’t always work well for people of color and the poor. Law enforcement groups across the state have objected to the changes, saying they keep police from protecting the public and police weren’t consulted when the changes were written into a bill.