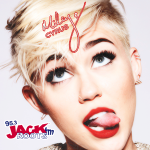 If you would told me when we started this show (roots) that we’d be talking about Miley Cyrus, I would’ve laughed in your face.  I don’t know if that says:

It’s actually a lot of C.  If all you know of Miley is Hannah Montana and the Twerking and rebellious nudity and drug advocate that she turned into to break free of the Disney image, then you’re missing out of the ability she has.  She’s morphed her path (not always carefully) to show that she’s comfortable in almost any genre, she co-writes all of her songs (some she solo wrote) and has an extremely powerful voice that has aged into this raspy Stevie Nicksesque sound (she also had surgery on her vocal chords and has done a lot to change her ways with drugs and alcohol after doing damage to them).  Be sure to check out a slew of videos of some great covers she’s done over the years, plus there’s ‘bonus content’ where we break down more of her career ups and downs as well as more potential roots for our roots song of the day.

Miley has done some bonkers good covers over the years.  Check these out!

this one is probably my favorite…

This was from the Chris Cornell Tribute show.  Hopefully the Cornell estate will release this on DVD at some point.

From the SNL 40th Anniversary show

and just released cover of Mazzy Star’s ‘Fade into You,’ a perfect song for her voice.