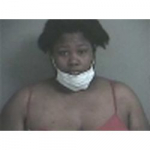 An Ottawa woman is charged with aggravated battery with a deadly weapon for allegedly stabbing a man early Monday morning. Thirty-seven year old Latrice Wright is also charged with violating conditions of bail while out of jail on bond in a domestic battery case.

Police say the incident happened in the 2100 block of Somerset Dr. A man there suffered stab wounds.