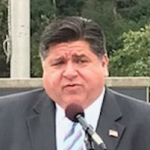 St. Sen. Sue Rezin says 83% of law enforcement officers feel the criminal justice reform bill just signed by Gov. Pritzker will diminish their ability to respond to calls. And the Morris Republican says 99% of them feel it will embolden criminals. She says by ignoring their calls to veto the bill, Pritzker has told them they don’t know how to do their jobs.

St. Sen. Brian Stewart says the governor is thumbing his nose at law enforcement officers, especially those who put their lives on the line. The Freeport Republican says signing the bill transcends policy differences. He says it supersedes the rights and safety of law-abiding men and women in favor of criminals who don’t care about right and wrong. Stewart criticizes the way the bill was pushed through the legislature in the middle of the night in the waning hours of the last General Assembly instead of being fully aired before the public.