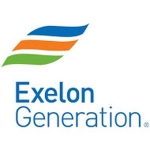 A refueling shutdown began on the LaSalle Station Unit 2 nuclear reactor over the weekend. The Nuclear Regulatory Commission’s daily reports show power production began dropping on Saturday and was all the way down to zero by Monday. Each nuclear reactor at LaSalle Station is taken offline for refueling and maintenance every two years. Exelon Generation hasn’t made an announcement about that, but area businesses that serve the maintenance crews are welcoming them.

Exelon says all six of its Illinois nuclear power plants were online and operating at near 100% of their generation capacity during the super cold spell. The company says its employees inspected freeze prevention systems and made other adjustments for the power plants to keep operating over winter.