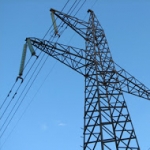 UPDATE: Electricity is on again. Ameren and Corn Belt outage maps show no more outages, as of about 3:55pm, in the areas that were affected by an outage this afternoon. Oglesby City Commissioner Jason Curran says the problem was in a transformer that feeds the distribution system. Then the company had to troubleshoot switching gear to get the electrons flowing again.

Before the power was on again, a decision was made at Illinois Valley Community College to close the Oglesby campus at 4:30pm. Tonight’s classes and other events on the campus are cancelled. Virtual events and online classes will continue as scheduled. And the Ottawa Center will stay open for its normal hours tonight.

Ameren Illinois crews were on their way during the noon hour today to Oglesby to investigate a transformer malfunction. The entire city is without electricity. City Commissioner Jason Curran says there’s no estimate for when the power will be back on. The malfunction happened shortly before noon. Starved Rock State Park south of Utica is also affected.

The problems aren’t affecting ComEd customers. The company reports no outages in this area. Its territory covers the southern third of LaSalle County, adjacent to the affected Ameren and Corn Belt areas.