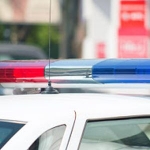 A stolen gun and some brass knuckles turned up when Ottawa police stopped a car at Marquette and Chestnut streets early Friday.

Nineteen year old Mariano M. Verucchi is charged with possession of a stolen firearm, unlawful possession of ammunition, and resisting a peace officer. Police say Verucchi tried to flee from the scene. He was already out on bond while facing weapons charges in LaSalle and Grundy counties. He’s also accused of armed violence and possession of a firearm by a street gang member in Kane County. His bond is set at $1 million.

Twenty-three year old Tyler J. Moore is charged with unlawful use of a weapon in connection with the brass knuckles. Both men are from Peru.