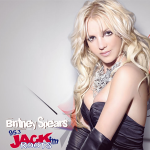 Britney Spears is often referred to as ‘The Princess of Pop.’  But how much of her place on the pop throne is of her doing?  An artist like Britney is difficult to do a ‘Roots’ on because there’s so many cooks in the kitchen.  Yes, her music is all created by some of the best music producers and songwriters of all time.  But she still had a hand in some of the creative aspect, and there’s no way that it would’ve been as successful without everything that Britney herself encapsulates.

We mainly stick to the roots of the music influence here and stay away from the tabloid/celebrity aspect of Britney.  There is a little of it in bonus content, (#freebritney), especially when we talk about her and Justin Timberlake.  There’s actually a roots song example of them possibly stealing/borrowing from each other, plus find out which Britney smash fits perfectly with a Barbara Streisand song!  Bonus content starts at 8:07.