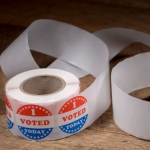 As of right now in the election for area school districts the Ottawa School Board’s apparent winners are Larry Bartman, Karen Fisher, current Vice President George Shanley, and current President Donald Harris. The board members will decide if Harris and Shanley will remain in their roles.

Other school board races include Streator in which the projected winners are Gary Wargo, Heather Baker and incumbent Jim Parr.