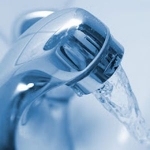 The Oglesby City Council on Tuesday approved a proposal from the Putnam County Painting Company to recoat the Water Treatment Plant reservoir. The sandblasting company from Mark, IL will be hired to repaint the reservoir. Commissioner Jason Curran notes that there is one thing resident might notice about the water they use during this project.

The project will be started later this year. The city council says it will cost a total of 128,400 dollars which is lower than the original cost of the project was expected to be.