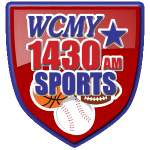 Ottawa lost at home to Morris 20-14 at King Field

Listen to The White Sox continue their road series at Seattle tonight. Lucas Giolito takes the mound for the South-Siders to take on James Paxton and the Mariners. Pregame begins at 8:30 with the first pitch at 9:10pm. Don’t miss any of the play by play action here on 1430AM WCMY.

Carlos Rodón struck out nine and tossed five innings of scoreless ball as the White Sox blanked the Mariners 6-0.  Yasmani Grandal homered and smacked a two-run single for the Pale Hose.

The Sox designated hitter Yermín Mercedes is the first American League Player of the Week for the 2021 season following an historic start.  Mercedes became the first player in the modern era to begin a season with hits in his first eight at-bats.

Willson Contreras, Javier Báez, and David Bote all homered in the bottom of the fourth as the Cubs went on to beat the Brewers 5-3 at Wrigley Field. Trevor Williams allowed two-runs over six innings for the win in his Cubs debut.  The series continues tonight in Chicago.

Daniel Ponce de Leon allowed just one-run over five innings in the Cardinals 4-1 win against the Marlins in Miami. The Cards and Marlins continue the three-game series tonight.

The Nationals will finally open their season today against the Braves in D.C.  Washington’s first four games were all postponed after four players tested positive for COVID-19 and seven others were quarantined for contact-tracing.

Denver will host the 2021 MLB All-Star Game at Coors Field after Major League Baseball opted to move the game out of Atlanta due to recently passed voting laws in Georgia.

The Chicago Bulls visit the Pacers tonight.  The Bulls snapped a six-game losing streak by beating the Nets, 115-107, on Sunday.

The Blackhawks welcome the Dallas Stars to the United Center tonight. The Hawks have dropped four of their last five.

Drew Valentine is taking over as the head men’s basketball coach at Loyola-Chicago.  The 28-year-old is believed to be the youngest head coach in Division I men’s basketball.  Valentine was a four-year assistant under Porter Moser, who left the Ramblers’ program to become the head coach at Oklahoma. The Ramblers knocked off top-seeded Illinois in the second round of the NCAA tournament .