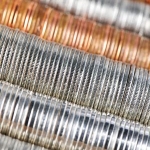 Ottawa’s proposed city budget is being balanced with $27,000 from its reserve funds. City Hall projects spending at $59.9 million total for the fiscal year that starts May 1 with $18.2 million of it to be spent from the general corporate fund.

City Commissioner Wayne Eichelkraut, acting in place of the mayor this week, says last year was a bad year, but there are things the city needs. He says using $27,000 from reserves isn’t bad, considering the city has $1.9 million in reserves.

The budget hearing is on April 20th at the next City Council meeting.

In other financial developments, the City Council closed the “Canal Rental Fund” and moved the $47,000 in it to the general corporate fund. City officials believe the money came from renting the canal toll house building, perhaps more than 20 years ago. The money has just sat in the fund for years with nothing added to it and nothing taken out.

And the council declared surpluses in two tax increment financing districts to send about $3 million from the associated funds to the taxing districts that would have gotten the money in the first place. City Treasurer Don Harris says it’s the money that some businesses are paying in property taxes now after getting TIF benefits previously. When the TIFs were extended, the businesses that got the benefits before weren’t eligible anymore. Their tax payments are still temporarily diverted to the fund.